By the Sea with Georgie and Jim | Gage Roads Brew Co. 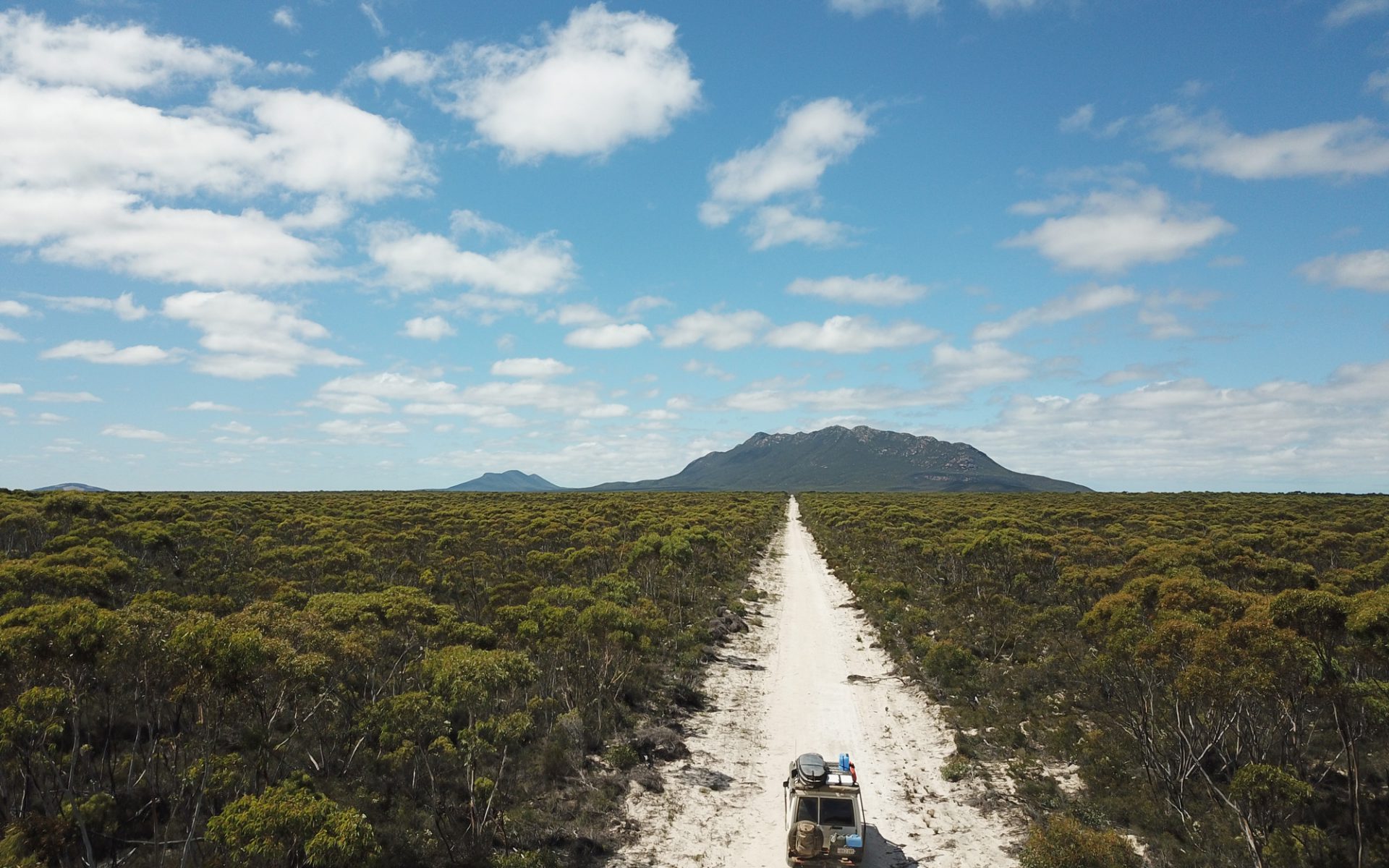 Georgie and Jim tell us a little about yourselves?
We’re a ‘keepin it simple’ couple from Perth currently traveling around Australia in our Land Cruiser in search of good waves, gushing waterfalls and fresh air.

What made you decide to travel around Australia in a troopy?
Running our boutique surf/lifestyle store in North Fremantle, we felt like we were trying to sell a dream that we couldn’t get near ourselves. We were constantly meeting people either on holiday, or gearing up for one, and the excitement and stoke rubbed off on us. One night we said we have to make it happen and we started figuring out what, when and where this adventure would be, traveling Australia was it.  A troopy was the obvious choice for us; reliable, slow and allowing us to feel wild and free taking us anywhere we wish. So how long have you been hugging the coast of Australia for?
One sweaty day in February 2018 we made a bee line from Fremantle to Esperance, and we’ve basically been within 100km of the ocean ever since, currently in Cairns QLD.

What’s it like living out the back of Dory?
It’s certainly not glamorous! We kept our set up really simple, the whole experience has made us realise less is so much more. You get used to it, its like living in a house but with a little less space and a different backyard each day. It’s basic, but we enjoy the simplicity, the most high tech thing is certainly the fridge, which is powered by a secondary battery which gets topped up by a roof mounted solar panel. You’ve got to have cold beers and hummus right?! What the day- to- day look like?
Our morning routine is pretty consistent, waking up at first light and doing an activity, whether that be surfing or going for a walk/hike/swim. Then its time to hand grind some beans and enjoy some coffee, followed by breakfast which is porridge 90% of the time. When the surf is on, we would just continue to surf-eat-repeat, but when its not suitable we will stroll through towns, meet up with friends, do some yoga, drive to rivers or basically anything that local people would recommend checking out. The evenings are spent scouting google maps for a good place to cook dinner and (hopefully) free camp, generally we are in bed before 9pm if we don’t have company, so we are refreshed and ready to do it all again the following day!

Who’s the most interesting character you have run into on your trip?
Driving a W.A plated troopy into beach car parks stacked 5 boards high on the roof we get a lot of characters approaching us, some interesting, some not so much. We’ve been tied up with some for hours, Jim can talk troopy all day. A stand out was a pig hunting troopy driving abalone diver on the hunt for a new puppy in Narooma, NSW. What have you missed most about ‘normal’ life?
Having good friends and family around is something we realised we really took for granted at home. Sometimes when we are on the move staying just one or two nights in an area and moving on, you don’t really meet like minded people or have an engaging conversation for sometimes weeks on end, especially when there’s no surf! So yep, friends and family for sure. Oh and sometimes just being inside out of the elements!

Your favourite place you have visited?
Tough question… torn between Tasmania and Esperance. Tell us a weird crazy on the road story?
We hadn’t been off road in a while and we had scouted out a little track on google maps that looked like it would be amazing, and maybe have waves. We started going along it and it was pretty rough and rarely used, and we had about 10km to go but we were committed. A couple of water crossings and rock hops later we found the sweet spot, a tiny opening right on top of a cliff above the ocean which was spitting out a 6m swell at the time, it was the most isolated we had felt in a while as we were somewhere in between Melbourne and Sydney, had no phone reception and knew that we wouldn’t be seeing anyone else. We watched the rough ocean darken and had a little fire, super dreamy. We left the next morning and that evening we had our first flat tyre and dead battery, all in one go! We felt so blessed that it didn’t happen cliffside.