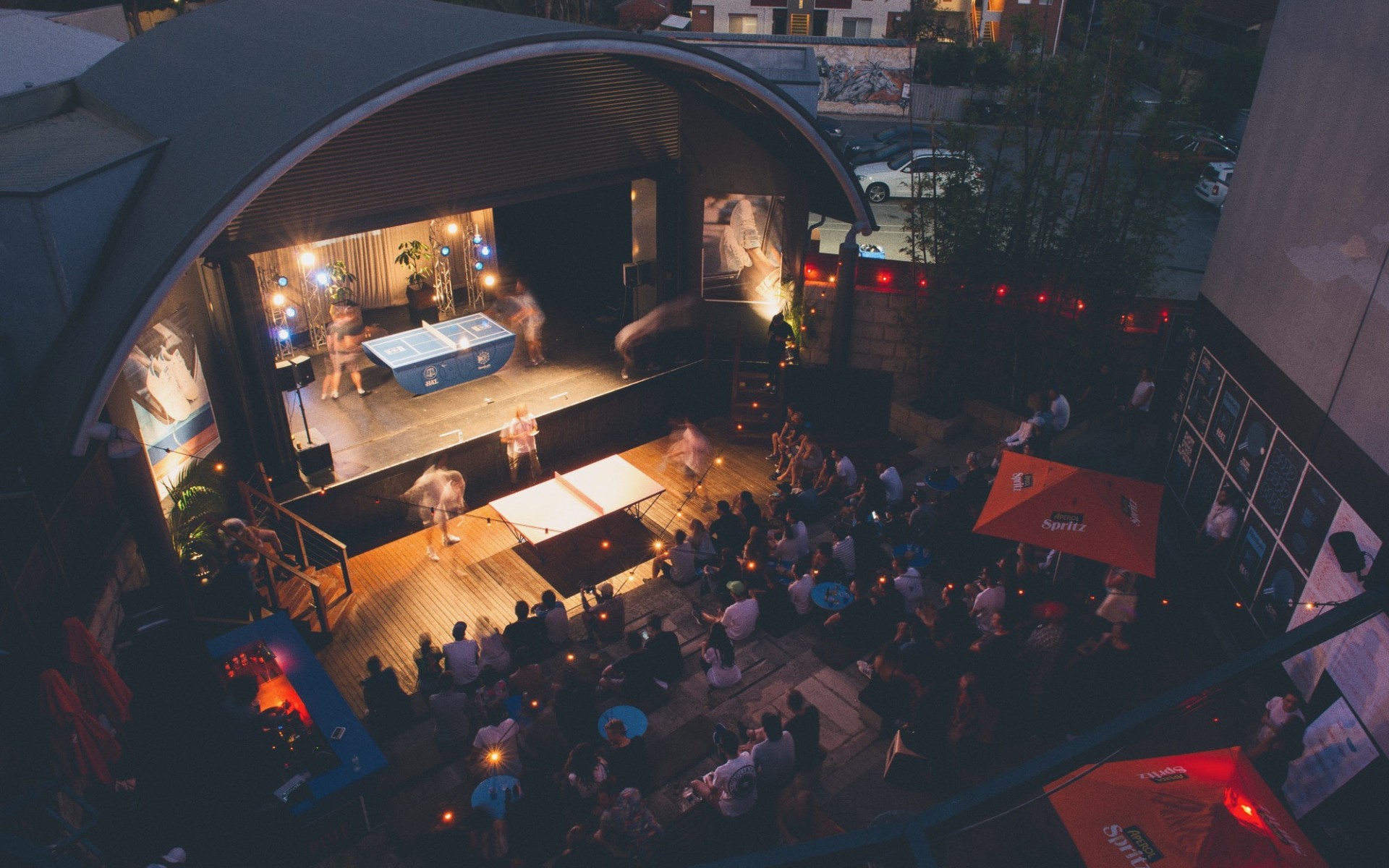 As we scaled the roof top above the newly rehabilitated Late Night Valentine and looked down at the event unfolding below, the magnitude of the day’s significance became apparent. In celebration of Reebok Classic‘s Year of Court Shoes and their collaboration with local sneaker heavyweights Highs and Lows, a tournament had been proposed. That tournament was the POPP Invitational Ping Pong Tournament: a 64-player knockout style fight (pong) to the death (match point) from which the winner would take all. The event was a collaborative effort, headed up by master table crafters POPP (Public Outdoor Ping Pong). Seductive aromas of Short Order Burgers filled the air; and whilst they ensured the troops were fed, we took up the challenge of keeping everyone hydrated. The vibe was low-key cool, the crowd a unique collage: part enthusiasm, part fear, with a sprinkling of teeth-grinding competitiveness. LNV was the perfect venue for such an event, the Colosseum-esque layout providing plenty of vantage points for spectators to taunt combatants as they did battle on the three customised tables.  As the sun retired behind the amphitheater, the semi-finals drew all eyes. The crowd remained prickly and energetic until a deathly silence was encouraged in preparation for the grand finale. Curtains were drawn, lights were dimmed and eyes were focused on the Hopman Cup-inspired Flagship table. Two table tennis veterans faced off. The final battle was intense and relentless. Despite the points being tight, the score card swayed one way. 2 games to none. A champion was crowned.

First place: Joel aka ‘The Weapon’

Runner up: James aka ‘DBL BKHND’ Not your typical Sunday afternoon but damn, we’re hanging out for the next one.