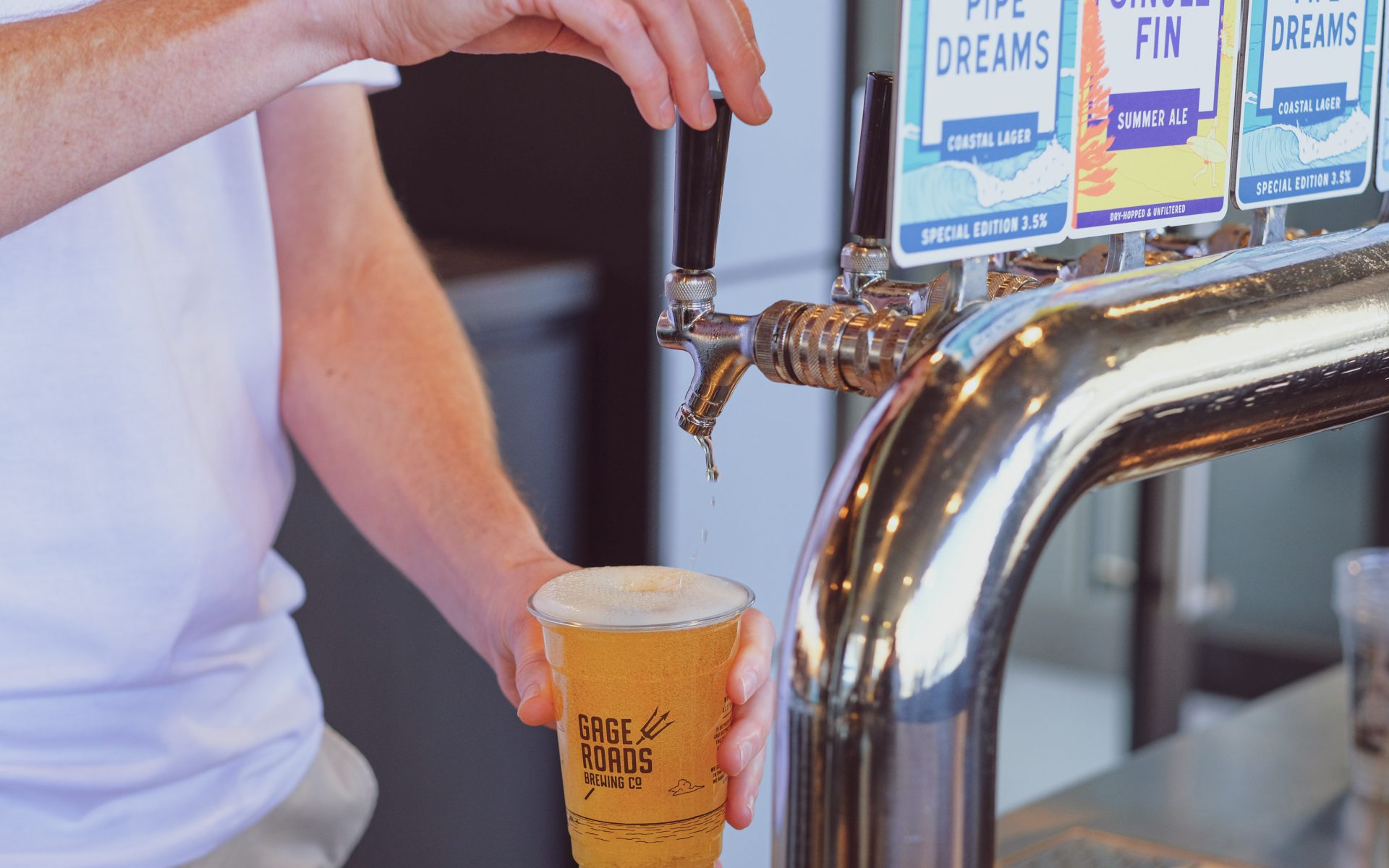 We’re stoked to announce that we’ll be continuing to pour our full range of brews at Optus Stadium for years to come.

Our new deal with the Stadium will see Gage beers on tap and in fridges at the world-class stadium until at least 2027.

Since 2018, we’ve served more than five million beers at the Stadium, across a heap of awesome sport and entertainment events.

Fans have not only enjoyed favourites like Single Fin Summer Ale and Side Track XPA, but they’ve also been amongst the first to taste our new releases, with Pipe Dreams Coastal Lager launched at the Stadium last year. Special releases have also been available, including the Best Red Ale, which was brewed exclusively for the Stadium during the 2019 Manchester United tour.

“We brew our beer just 14 kilometres down the road from Optus Stadium, so fans will continue to enjoy the freshest beer possible.

“Since 2018, Gage Roads has served more than five million beers to fans at Optus Stadium, across a variety of great sport and entertainment events. We look forward to continuing that in the coming years.”

Adventure: An Interview with Louise Coghill