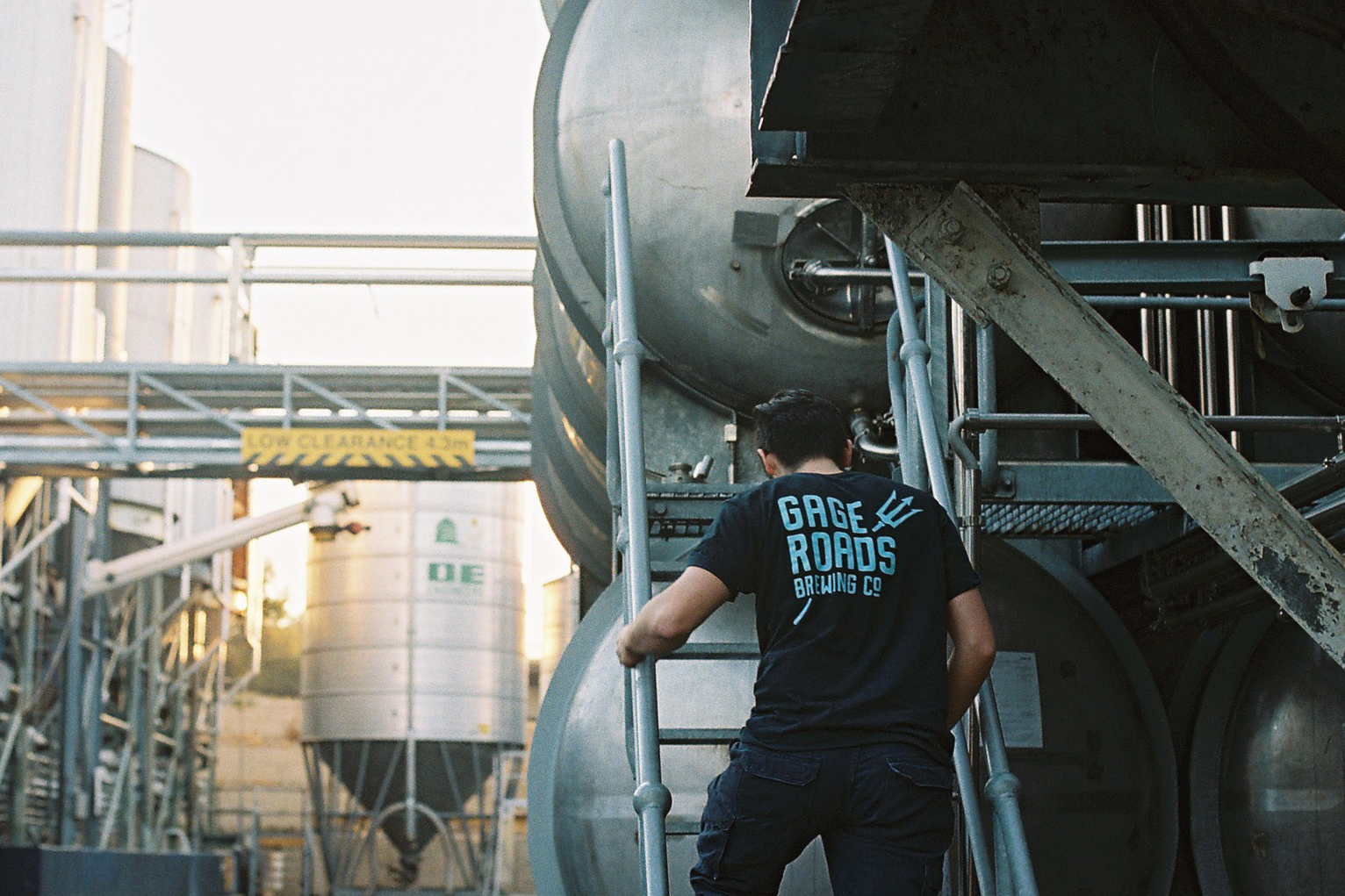 As anticipation builds for the third release of our Backyard to Bottleshop project – a collab brew with WA amateur brewer Grant
Smith – we decided it was a fitting time to throw some internet love to our Brewing Manager, Dirk Penny. Read on as he drops some knowledge for any backyard brewers looking to go pro. “There’s nothing more satisfying than a job where I can walk into a pub, buy my mates a beer, and know that I had a hand in making it. It’s something you never get tired of.” Not unlike Batman, I came from a science background, so I was raring to get into the technical side of brewing. Looking back though, my first few weeks were far less about pitching rates and bacteria, and much more about hard graft and learning the nitty gritty of procedures.

Get yourself a notebook

You’ll be swamped with information in your first few weeks and months. Brewing is a very methodical discipline both in theory and practice, and even now, I always carry a notebook (like this one). It’s an essential for any prospective brewer. Copying down tasks and procedures will help you keep a handle on it all, and down the track you’ll be able to use it as a resource for troubleshooting. It’s like writing your own brewers manual on the go.

You can’t make great beer unless your equipment is completely sterile, which is something you’ll find out the hard way in the first few weeks. As the new kid on the block, you’ll get intimate with every square centimetre of the brewhouse very quickly –you’ll be visiting it with a scrubbing brush in hand. Luckily, shit rolls downhill, so stick it out and you’ll soon enough have the honour of passing the baton (brush) to the next newbie in line.

It’s not all grim!

Though it sounds rough, I wouldn’t change a thing. There’s nothing more satisfying than a job where I can walk into a pub, buy my mates a beer, and know that I had a hand in making it. It’s something you never get tired of.