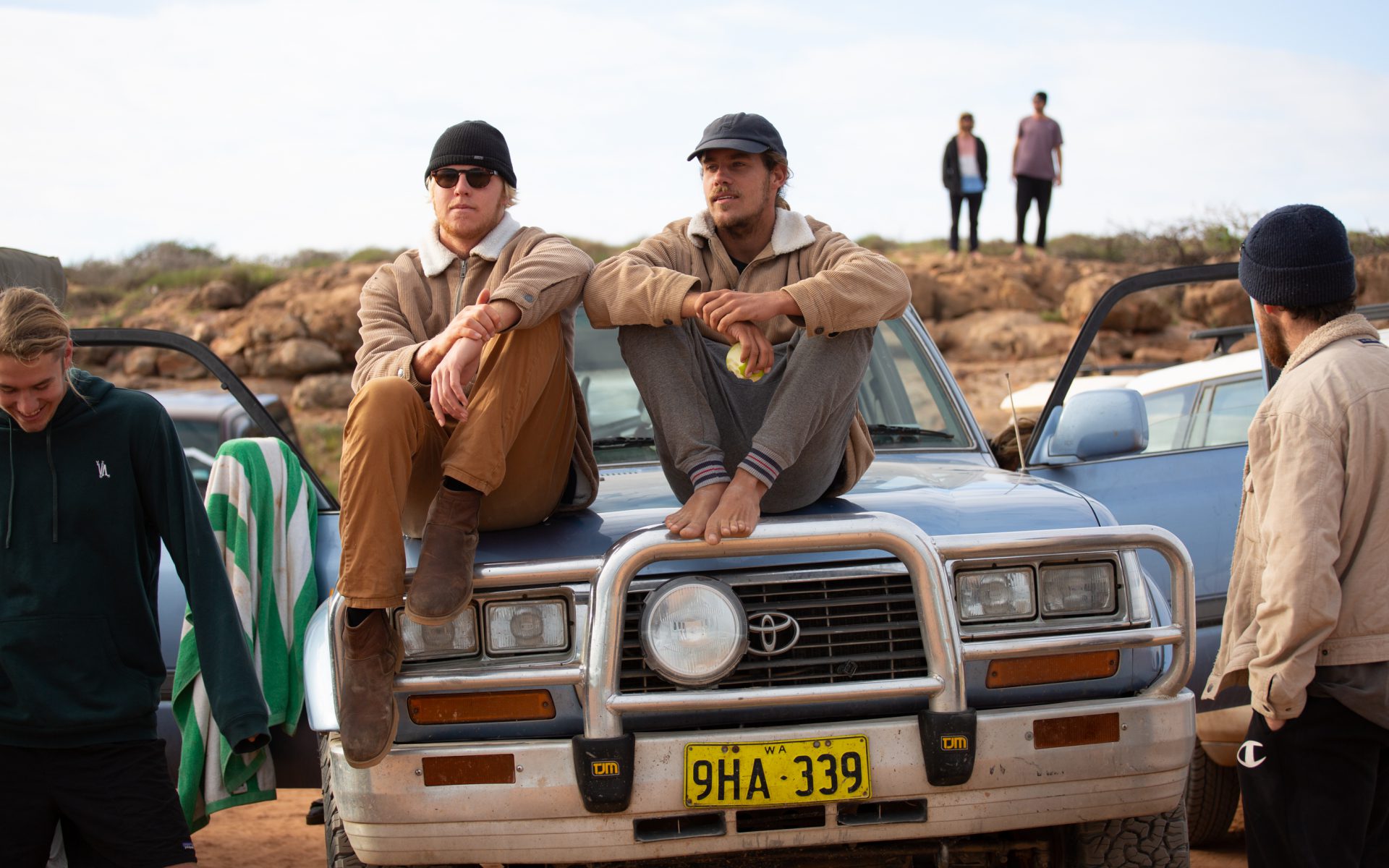 Desert Blue is a surf film, shot at a secret surf spot about a thousand clicks north of Perth. It’s a place of unique contradiction, where the ocean meets the desert. Where the red dirt hits the deep blue. And where world class waves can teach you a fast lesson. Film peddler and all-round legend Nick Muntz (Muntzy) and his band of surf seekers loaded up the ol’ blue Land Cruiser, and gapped it north for their annual pilgrimage to froth town.

This year, Nick and his mates packed a little more than boards and supplies.
They wrangled some cameras, a filmmaker and a few extra beers and set out on their 37-day journey to shoot a surf film. “It’s probably my favourite place in the world… it’s so natural, it’s so raw, it’s beautiful,” explains Nick.
“It’s where the desert meets the sea, you’ve got the red dirt and the cliff faces and then the deep blue ocean next to it.
“There’s wild goats and it’s an hour-and-a-half trip to the nearest town… you’re right in it.” The isolation of Desert Blue is part of the appeal. The day-to-day falls away, with no reception and connection to the outside world. There’s no Instagram or Snapchat. No Facebook or work email. At Desert Blue, the phone quickly gathers dust in the bottom of bag, or on the dash of an unlocked four-wheel drive. At first, there’s some anxiety wrapped up in that seclusion. But Nick says that quickly gives way to a greater connection.
“You’re in the middle of nowhere and you’re fending for yourself up there… that’s the coolest part about it. “There’s some serious characters in the desert and you attract the biggest cruisers… people who want to surf, fish and dive and have a few beers and hang out with new people”.

While everyone embraces down-time with a yarn and a beer, they’re all there for the waves. Nick says they’re next level.
“Two words mate. World class. With the waves the focus, the boys reckon the film added something pretty special.
“You’re shitting yourself the whole time. You’ve got adrenaline running through your body as soon as you hit the line-up. You just watch your friends either get the biggest barrels of their life or go over the falls and get smoked.” Nick says it gave them focus and direction over the five-week stint, providing a memento for decades to come.
“We wanted to show who we are and the way we surf and to be able to look back at the times we had and the waves we caught. “(Filming) made us enjoy the trip more because everyday we walked away with something.
“In twenty years’ time I’ll look back and think ‘that was the trip of a lifetime’ and hopefully one day I’ll show my kids… It’s just a memory that will be forever cherished.”

Desert Blue will be launched on Saturday, October 27 at “El Grotto” in Scarborough.
Grab ya tickets here.