Board in a Bottle! Find the mini Rusty Surfboard inside a Gage Roads stubby to win | Gage Roads Brew Co. 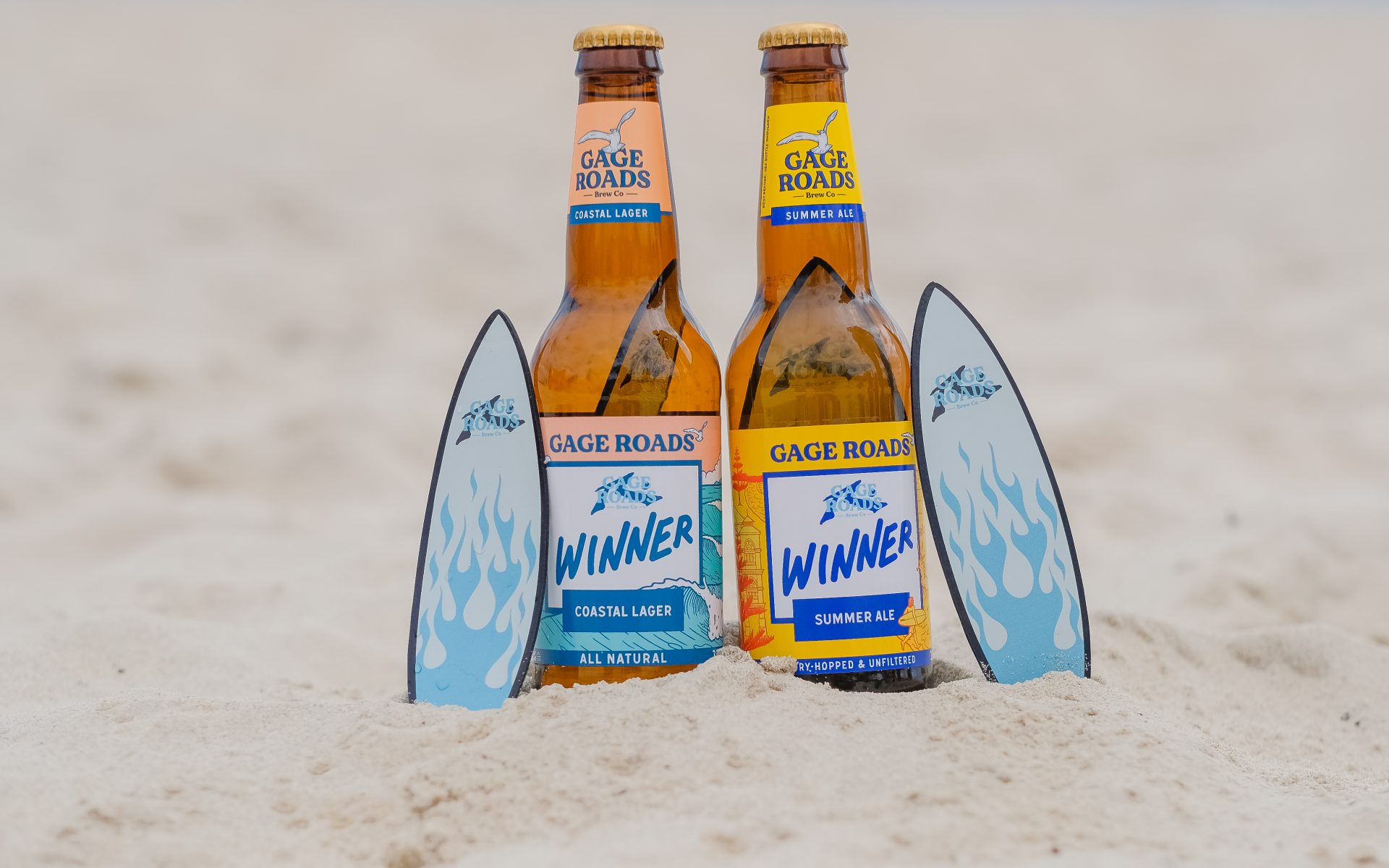 Board in a Bottle! Find the mini Rusty Surfboard inside a Gage Roads stubby to win

You’ve heard of a message in a bottle. You’ve seen an old school sailing ship in a bottle. But now, there’s a Rusty x Gage Roads mini surfboard in a bottle!

West Aus surf icons, Rusty and froth legends Gage Roads Brew Co have teamed up to bring you joy, hiding miniature surfboards inside stubbies of Single Fin Summer Ale and Pipe Dreams Coastal Lager. With 15 to be found nationally, the mini board unlocks a special prize – a limited edition custom surfboard valued at $1000!

Beer fans and wave chasers alike will be scouring bottle shops across the country just like a salty dog on the hunt for an uncrowded never ridden surf break, to find one of the miniature boards floating inside a Gage Roads stubby.

“This is truly epic! Gage was born by the coast and it’s in our blood. That’s why we’re so stoked to partner with the crew at Rusty to create these custom boards,” says Gage Roads Brand Manager Bec Lauchlan.

“To be able to launch a competition like this is a heap of fun too. We hope everyone gets a kick out of it and we can’t wait for people to start finding a mini board in their bottle of Single Fin or Pipe Dreams.”

If you’re not lucky enough to snag a mini board in your next bottle of Gage Roads, don’t stress. The custom collab surf boards will be available online, along with a range of limited edition co-branded tees, hoodies and beanies dropping in time for winter.

“We’re both from WA and both from the coast. We’ve always been fans of Gage Roads beers and the people that work there, so it was an easy partnership to work on.

“It was a super fun, organic process to be involved in. We have a pretty small team here and it was fun working with the GRBC team on the designs. It was really collaborative – we had a great day digging through the Rusty archives to find inspiration for the graphics that we used on the tees, the board, the hoody and beanie,” says Luke.

Designer Dwight O’Neil says the goal was to bring both iconic Western Australian brands together, while incorporating a classic 90’s throwback style.

“Inspired by a time when Super Nintendo ruled living rooms and The Offspring ruled the airwaves, the design was inspired by a throwback of nostalgia clashing with modern youth acceptance. Flames were cool then and they are cool now. Thrash or die!”

Will you find the Gage Roads Golden Fin & win beer for a year?