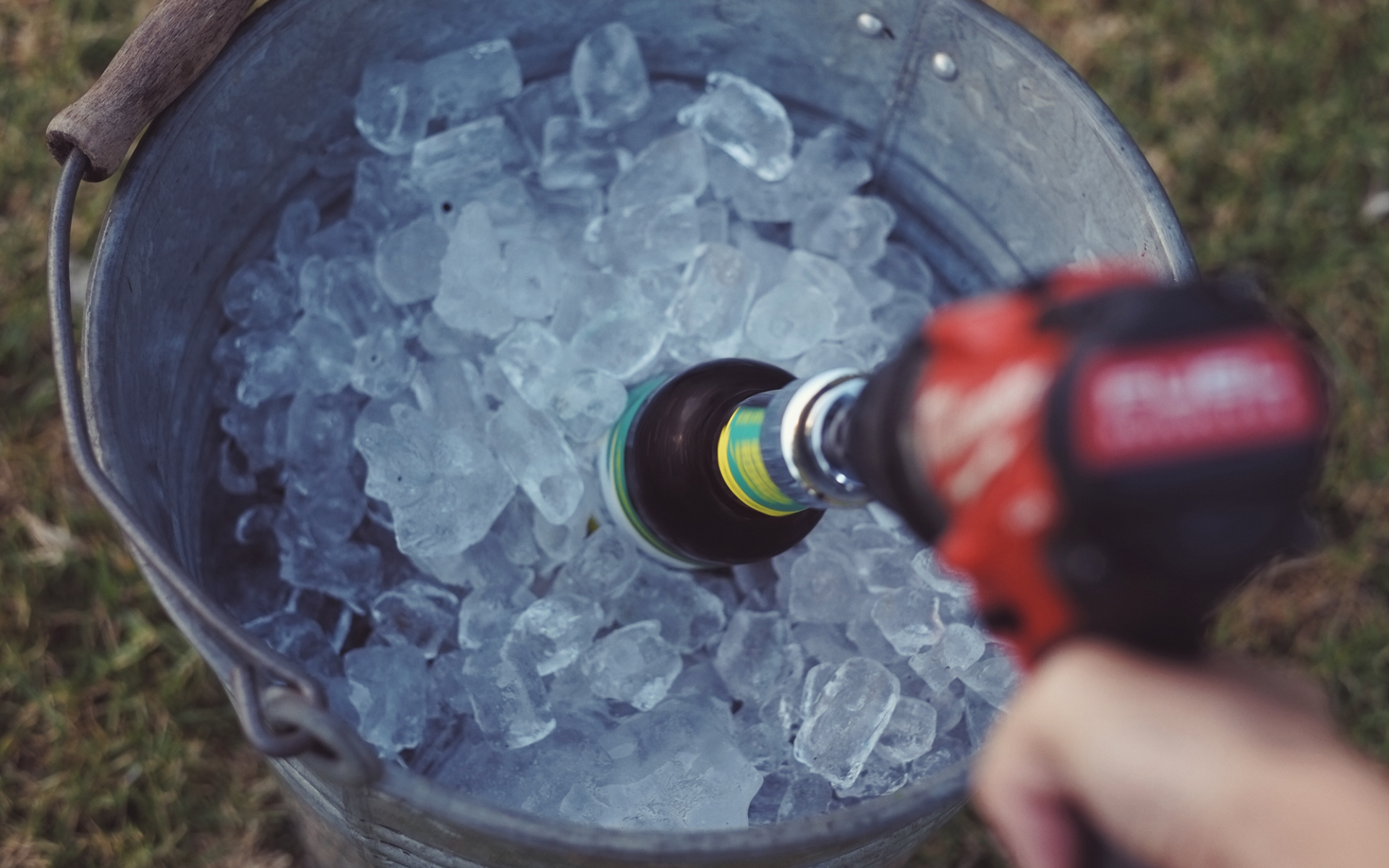 Beer Stuff: Chill your beer fast with these 3 hacks

We have all been there: it’s a blisteringly hot summer’s day, you have what appears to be Niagara Falls running off the tip of your brow, and your lungs are pumping out more hot air than the turbine on a Boeing 747. Just when you thought it couldn’t get any more dire, cue the warm beer. Fear not, sweaty pals,  for our trusty team of brewers, engineers and internet trolls have compiled three very simple DIY hacks to make sure you never have to drink a warm beer again.

This method throws you straight back to year 10 chemistry. The science behind it is quite simple: water’s freezing and melting points are both 0° Celsius. When salt is added to a bucket of ice it dissolves in the film of liquid water that’s always present on the surface of an ice cube, lowering its freezing point below 0°. A lower freezing temperature equals colder ice, and therefore faster cooling beer. Submerge your beers in a bucket of ice (and some water), season it with a couple of tablespoons of salt, and after a quick stir you’ll have a sub-zero ice bath ready to chill your beers faster than you can say “pass the sunscreen”. Method Two: Wrap it up.

Method two works a treat if your friends aren’t down with salt infused vodka sodas. The science stuff: Water is a better heat-conductor than air (thermal conductivity). Throw some evaporation into the equation and you have a winning process. Grab yourself a couple of trusty paper towels, wrap them around the bottle and give it a light rinse under the tap covering (but not soaking) the surface. Pop it in the freezer and give it five. This one is for all of you weekend warriors with a back shed full of tools. It’s a step up from method one but with a twist (literally). The idea is to spin the beer at high velocity in an ice bath using an accessorised power drill (we discovered a 1-1/16 socket and drill adapter fits a treat). By spinning, convection is introduced to both the inside and the outside of the bottle, increasing the rate of heat transfer by the movement of liquid. It quite literally spins the warm beer into cold beer. Although this method is not very practical and a little dangerous, it takes the gold star for being the quickest. Thanks to more science stuff your beer will surprisingly pour naturally and without dastardly amounts of froth.