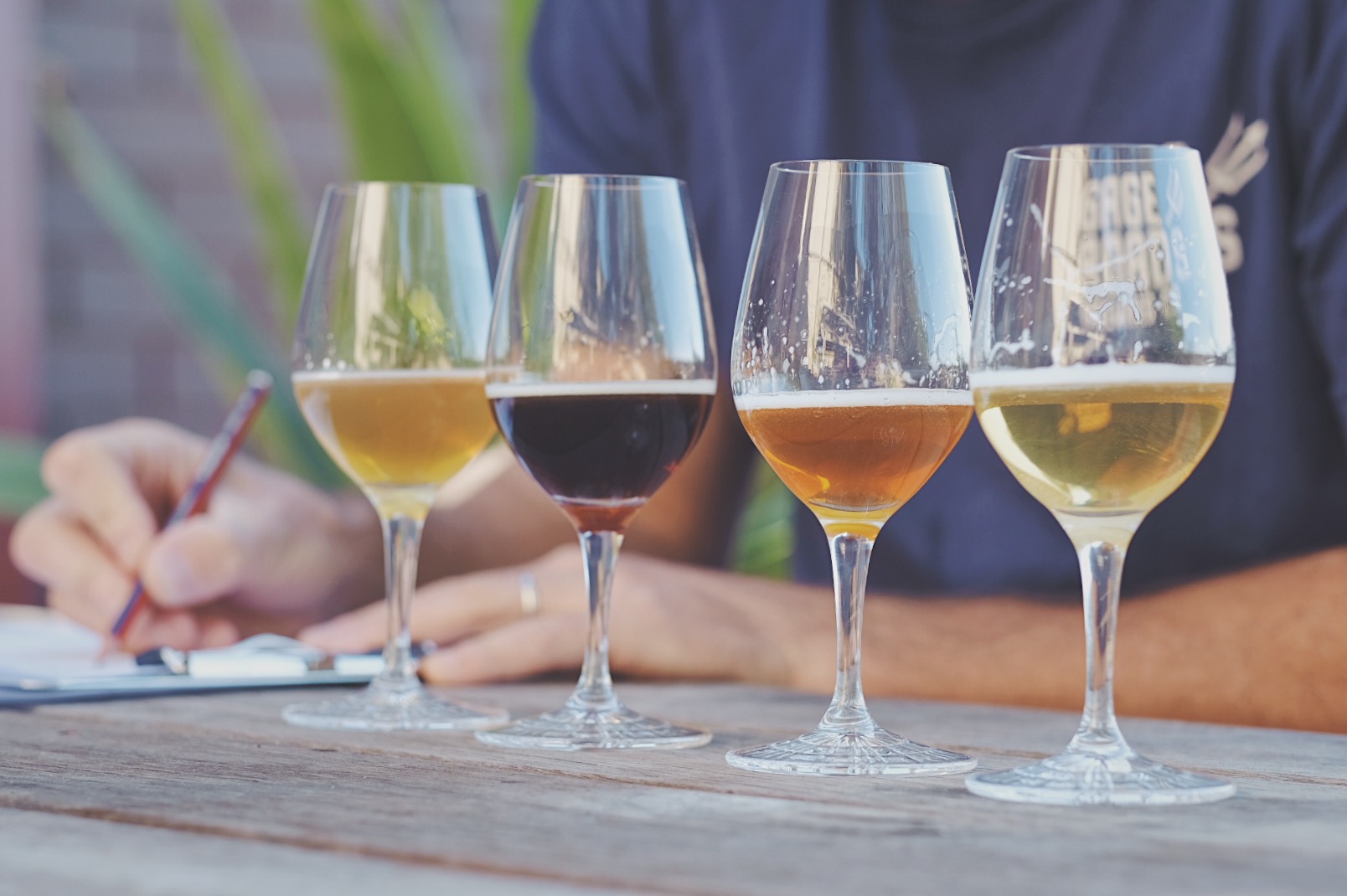 Beer Stuff: Would a Catfish make a good beer judge?

Even though we spend the majority of our lives eating, drinking, and thinking about doing both, the average garden-variety human possesses a mere 10,000 taste buds. That’s a far cry from the 175,000 taste buds of a large catfish. Which begs the question; would a catfish make a better beer judge than our own Aaron Heary?

Fortunately for Aaron and his beer-judging compadres, there’s a process to judging beer that not even the most evolved catfish could master.  Beer judging is part science part art, mastered by only the most conscious of palette owners. Three of the five senses come into play: sight, smell, and and of course taste – all playing a pivotal role around the judges table.

Today we get our Chief Operating Officer Aaron Heary to talk the ins and outs of the greatest (unpaid) job on earth. G’day Aaron. You’re a beer judge, tell us about that?
I’m in charge of all things beer at Gage Roads and I’ve been judging professionally for over 12 years. I’m a judge in the 4 major competitions held in Australia; The Australian International Beer Awards (Melbourne), The Perth Royal Beer Show, The Sydney Royal Beer Show, and the Craft Brewing Industry Awards.

So you’re a pretty handy taster then?

I guess so! Every day we taste the beer coming through the brewery. As a team, we look for a whole raft of quality signatures in each beer and we’re trained to detect faults if they arise. Your senses are heightened in the morning so we do tastings at 10am. In the day-to-day running of a brewery you see and taste it all… it puts you in pretty good stead to judge beer competitions.

Sounds great! Where do we sign up?!
Most judges are experienced brewers, but there are other avenues such as beer cicerone programs to get started. Even at the professional level, judging is a volunteer job. It’s something we do as part of giving back to the industry. People often joke and tell me beer judging must be the greatest job on Earth. It’d be better if we got paid! So how do you score a beer?
The competitions are all a bit different, but in Australia we score beers across five different characteristics. Each characteristic has a number of points allocated; 3 possible points for presentation, 5 for aroma, 6 for flavour, 3 for technical quality, and 3 points for style. That gives us a score out of 20.

Walk us through it.

OK… this is how I judge a beer.

Presentation: First, look at the beer closely. If the beer has good foam and head retention, pleasing colour and clarity there are 3 easy points. It has to look like it’s willing you to drink it!

Aroma: Give it a swirl to release volatile aroma compounds,  and with your nose in the glass, take a few short sniffs. Most of what we taste is actually what we smell, so aroma is really important. The aromas we look for differ based on style. In a big IPA we expect lots of fresh hop aroma, in a wheat beer its all about yeast-derived esters and phenolic aroma compounds, and in darker beers the malt dominates with coffee, chocolate and bready characters being pretty common. Certainly there should be an absence of off-aromas such as egg, medicinal characters, butter, or any other faults.

Flavour: Take a sip, swirl it around your mouth, and swallow. This is the big one, all the sensations are now coming together… it’s all about balance. The bitterness, carbonation, acidity, and the dryness are all on one side of the scale and must be in balance with sweeter flavours such as alcohol warmth, malt sweetness, and the beer’s body. Again the intensity varies by style but it should always be in balance creating a moreish quality. Great beers get more than one sip from me for this reason!

Technical quality: This is really a measure of the brewers skill. A fault-free, balanced beer will get full marks here. A beer with a brewing fault will get belted in Technical and is usually already suffering in the flavour and aroma categories anyway.

Style: This is an interesting one. There are style guidelines that determine what characters the beer should have. I’m fairly generous on an interpretation of style unless the brewer is clearly way out-of-wack by entering a beer in the wrong category.

What happens when the character profiles don’t align with the style guidelines?
That depends on the judges. Some are very by the book. I’m pretty lenient on style and as a table captain I encourage my other judges to be the same. I like to see interpretations of style… beer isn’t a one size fits all proposition. If its an epic tasting beer and pushes the boundaries of style, why should it be punished? I’ll usually give the brewer the benefit of the doubt… probably because I am one! What characteristics make an award-winning beer?
In terms of numbers, a score above 17 will get you a gold medal and entry into the trophy judge-off round. All the elements have to come together to get a gold. After finalising scores its customary for all judges on the panel to ding the glass with their pencil when a gold medal is given. It’s usually met by looks of envy from judges on other panels!

What are some exciting new categories you can’t wait to wrap your taste buds around?
The New World category was  introduced last year and was designed to catch a lot of innovative beers using new hop varieties coming through. A beer in this new category might have tasted epic in its own right but didn’t fit into one of the more historical styles. Its pretty cool to see some of the expressions coming through there. We were lucky enough to pick up Champion Australian Beer at the Australian International Beer Awards with Little Dove in this category in 2016. Any hot tips for up and coming brewmasters?
A great way is to get a hold of the BA Style Guidelines and taste various beer styles whilst looking through them. If you are a brewer, taste your beer every morning. Use as many tasters as possible to eradicate biases and learn to identify and articulate what you are sensing more than just “good” or “bad”. For enthusiasts, do some blind tasting at home with various beers and see if you can pick which is which, it makes for good entertainment when you have friends over. The results might surprise you.

So the big question is… are you better at judging a beer than a Catfish?
*shrugs* I have no idea what you’re on about, but I hope so!

If you fancy reading a bit more about Aaron head here.