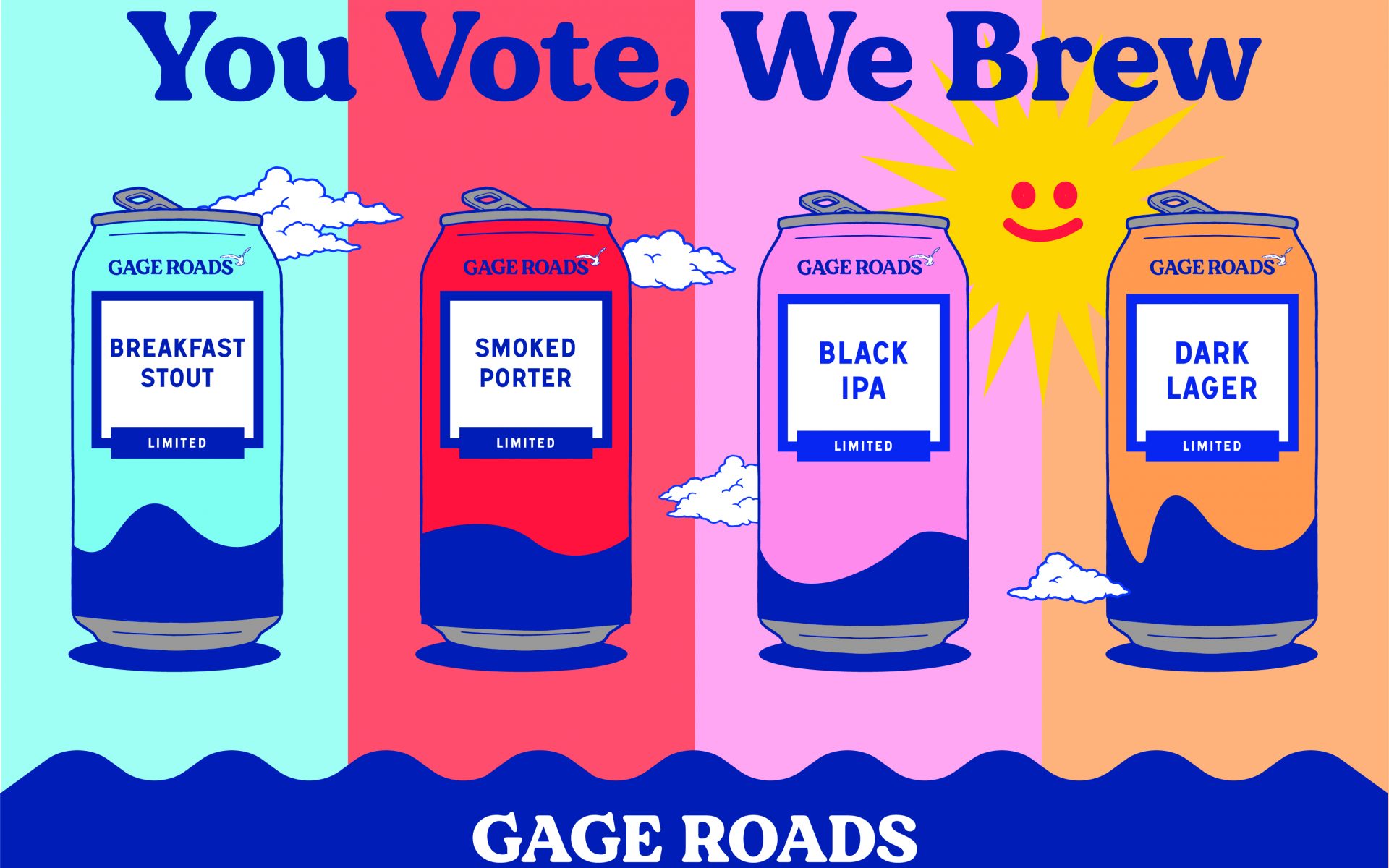 YOU VOTE, WE BREW – DECIDE THE NEXT GAGE LIMITED RELEASE

Beer lovers, we need you!

We’re throwing it over to you to decide our next limited release brew. Not only will you decide what we brew, but one lucky voter will win the chance to join the team on brew day and bring the beer to life.

Our “You Vote, We Brew” competition is now live. You’ll decide our upcoming winter limited release by voting for one of four beers. The shortlist consists of a Breakfast Stout, Smoked Porter, Black IPA and Dark Lager.

“The brew team have had a lot of fun (and some serious debate!) with this. It all started with every member of the team putting forward a beer style or idea for our next limited release. We then had a popular vote to narrow it down to four beers. Now we have them, it’s over to beer fans who will decide which beer we brew this winter.

“At the end of the day, we brew beer for people to enjoy. I think it’s great to have beer lovers decide what our winter limited release will be. However, the brewers are already getting into the spirit of things and have switched into campaign mode to make sure their beer comes out on top,” says head brewer Ross Brown.

Each beer is backed by one of our Gage brewers (see below). The brewers will be campaigning hard on socials to earn your vote. On that, voting is easy. Just hit this link , cast your vote and see if your favourite comes out on top.

Keep an eye out on your emails too. We’ll announce our “Brewer for a Day” winner in early March, while the limited release will hit pubs and fridges nationally in June.

“It’s a meal in a glass! It’s a great style that has all the rich malt character that you love in a stout, with the addition of coffee and oats that lend a beautiful silky mouthfeel. Breakfast Stouts are one of my favourite beer styles, it’s so complex and has so much to offer.”

“This beer will take you straight to winter camping, sitting around that winter campfire and having a few brews with your mates. You’re going to get those roasted malt flavours of coffee, toffee and mocha, with a smooth body and a hint of creaminess.”

“It’s a new style and really a mixture of a caramel style Porter beer but with a heap of hops thrown at it. I love the nature of this style, I love dark beers and IPAs, so if I can have all of that in one glass, than why not. It’s something that’s different, left field but it works, so I love it.”

“This beer is steeped in tradition and history with its roots going back five centuries to Munich, Germany. I love how balanced it is, it’s not overwhelming, and you can enjoy a few of them.”