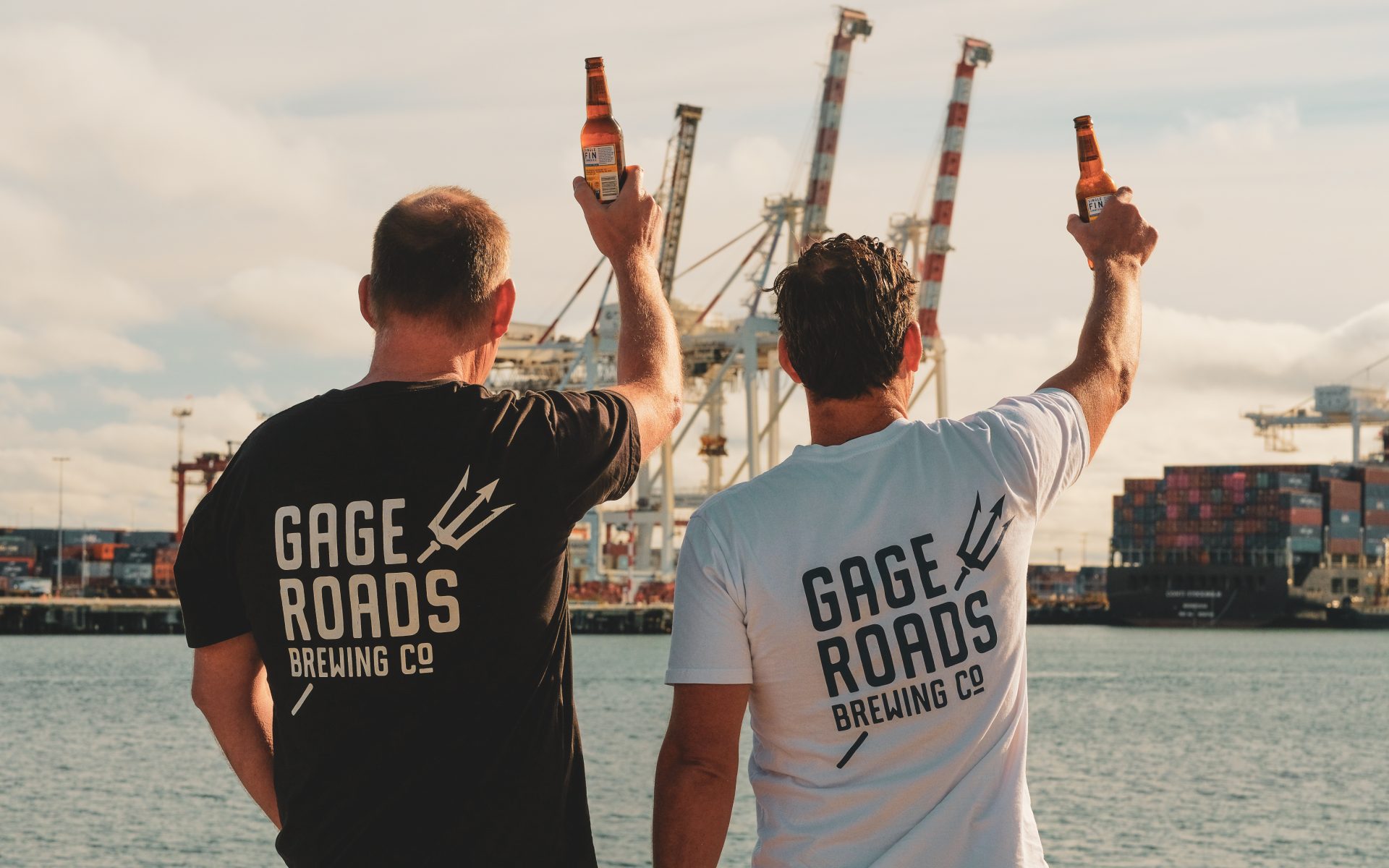 We’ve got some news. And we’re pretty excited!

Gage Roads is stoked to announce plans to build our spiritual home, overlooking the strip of ocean that inspired the brewery.

The Gage Roads brewpub will be built inside Fremantle’s iconic A Shed at Victoria Quay, bringing new life to the area while respecting the building’s heritage.

The family-friendly venue includes a working micro-brewery, restaurant, bar and al-fresco area, with a focus on promoting Western Australia to locals and visitors alike. The venue also incorporates a children’s play area, themed to the site’s nautical history.

Gage Roads Brewing Co’s Aaron Heary says the team are honoured to build its first ever WA venue on the historic Victoria Quay site, helping to add to the character of Freo.

“Fremantle and Victoria Quay is a place Gage Roads is closely connected to. More than 15 years ago, two brothers and a couple of mates had an idea to create a new iconic WA craft brewery. Our name, Gage Roads was inspired by the stretch of ocean that separates Rottnest and Fremantle. It’s a special place for all of us and it inspired our brewery. Now we’re proudly taking the next step and we can’t wait to bring our spiritual home to life, overlooking the stretch of water that started it all.

“Since 2004, we’ve been brewing beer just outside of Fremantle, but we’ve never had the opportunity to open our doors to the public. The Gage Roads brewery at A Shed is our first ever venue here in WA, and we’re excited to soon be able to swing open our doors, welcome people in and show them what we’re all about.

“We’re all about approachability and community. We love bringing people together. And that’s the cornerstone for this brewery and venue. It will be a place for locals, tourists and good times.”

“The brewery will really spark creativity and lead to some amazing beers. Our brew team will have the capability to innovate, collaborate, try new things and push boundaries. That’s something that will really appeal to beer lovers, with constantly rotating list of special release beers sitting beside our core range or brews.”

The Gage Roads Brewery will be a vessel to promote the state. The brewery will source barley for its beers from local West Australian farmers, while the kitchen will champion local produce from around the state. Alongside the full range of Gage Roads beers and special releases, the venue will also feature beer from regional breweries across WA, helping to introduce their products to a wider audience.

Work on the Gage Roads Brewery will begin in October, with a view to open the venue doors in summer 2021/2022.

FIVE FACTS ABOUT THE GAGE ROADS & THE A-SHED

The “box structure” and lettering font featured on all Gage Roads Brewing Co bottle and can packaging was inspired by the Victoria Quay sheds.

Gage Roads Brewing Co is proudly West Australian and independent, with staff owning more than 20 per cent of the business.

Gage Roads brews more than 14 million litres per year, with beer sold into every state in the country.

The A Shed was built in 1925-26, replacing an earlier goods shed on the site. The Maritime Museum currently utilises A Shed for office and exhibit storage.

Three special spots to ‘Get Side Tracked’ across WA