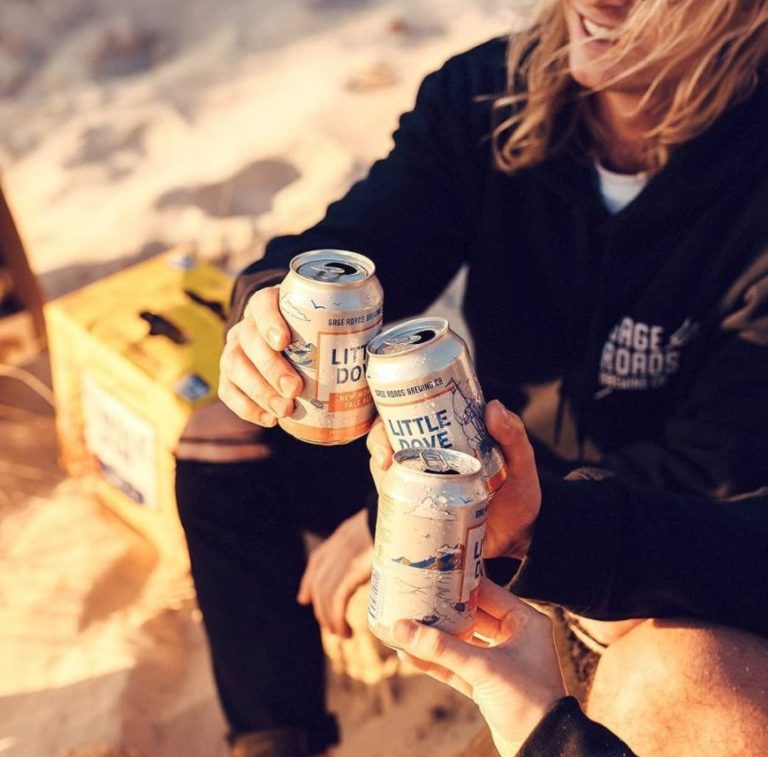 Little Dove was a true collaboration of the Gage Roads brew-crew. An organic process that played out over several months, the team got together to share beers and talk about what they loved to drink. Those sessions led to the creation of Little Dove; our new world pale ale that was named Champion Australian Beer at the 2016 Australian International Beer Awards.

This is not a typical pale ale beer. Little Dove is a strong craft beer with tropical aromas of stonefruit and guava, and a sweetness that is balanced by medium bitterness. The result is a perfectly balanced full-flavoured beer.

“Creating this beer was a very organic process. We got together and collaborated as a brew team, picking the best bits of all our favourite beers. We played around with a few things and eventually came up with this awesome beer.” – Aaron Heary, Gage Roads Brew Chief

This award-winning craft pale ale is packed with hops and doesn’t cut corners on quality and flavour. Gage Roads Little Dove is available in 330ml cans or on tap at your local. Prices may vary depending on your local retailer or licensed establishment.